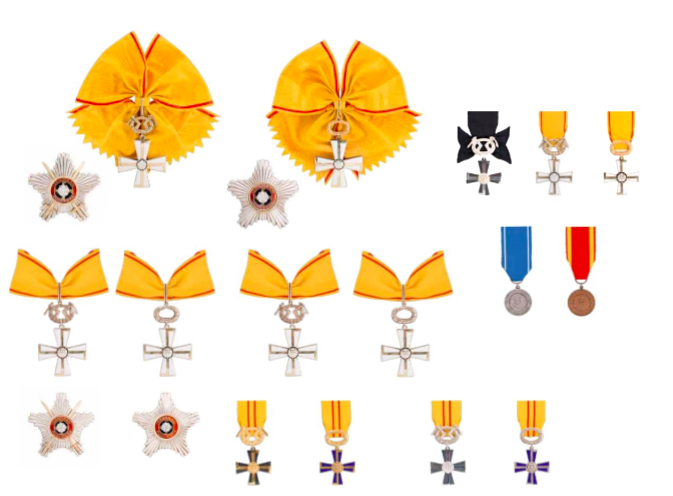 Order of the Cross of Liberty

The Grand Master of the Cross of Liberty is the Commander-in-Chief of the Finnish Defence Forces, who has the exclusive right to confer the Order’s decorations. The Grand Master of the Order is assisted by a Chapter that consists of a Chancellor, Vice Chancellor, Secretary and Treasurer. The Order is also staffed by a Liaison Officer and a Clerk, both appointed by the Defence Command of the Defence Forces.